My journey to the Web Development world Asp.Net path Ep1 : What is ASP.NET

Hello world , Whoever you are , wherever from you are reading this this is Moustafa Mahmoud AKA The CmpSamurai , in this series I will document my journey to the Web development World , Some info may not be published now for my own security , and I hope when time come that I publish them all will be safe .My First contact with web was when I was about 10 years old , I wrote my first html website then , I wish I had copy that I can show it to you but unfortunately I don’t, I lost it all very long time ago.

Since then I had avoided any thing related to web development ,Not because I cant but because somehow I convinced myself I don’t fit there , maybe it was all because of my personality , my mood was black and that of course ruined every interface I created , I produced rubbish interfaces that always made me and maybe everybody feel uncertain about my abilities to produce websites.

I can always change to the better , but I need  motivation , I can climb any mountain , but only if I know there is sth. worth getting on the summit :D.

This all changed when I needed to learn Web development to implement an idea that I hope to change my own life , I came up with an idea to a project that is all based on the web so I needed to change , I needed to go to the web world …

during recent past years although I was not into web development , I learned about web development , I learned PHP , html ,CSS and java script but never really put much effort into it.Until now , I am a Microsoft Student Partner I knew that Microsoft has its own framework that allows programmers to build dynamic websites so me and my team decided to use it , yes my team , I am not alone in this project , I am with a team , this team is a whole complete story itself  :D ,Imagine that it contains a GSA open source man which is my dearest friend .lets leave my team alone for now and focus on the ASP.net .

First what is ASP.NET

ASP.NET is a Web application framework developed and marketed by Microsoft to allow programmers to build dynamic Web sites, Web applications and Web services.ASP.NET allows you to use a full featured programming language such as C#  or VB.NET to build web applications easily.

2-A development model that was much closer to the way desktop applications are programmed. This made it easier for me (A desktop programmer ) to make
the switch to web applications.

3-A feature-rich development tool ( Visual Studio .NET) that allowed developers to
create and code their web applications visually. and to debug it line by line too

4- Gives you the  choice between a number of object-oriented programming languages, of which Visual Basic .NET and C# (pronounced as C-Sharp) are now the most popular.

5-Access to the entire .NET Framework, which for the first time meant that web developers
had a unified and easy way to access many advanced features to work with databases, files,
e-mail, networking tools, and much more.

I done many search into this subject ASP.NET and the whole .Net framework is free for development . the cost is only in the tools ,you can use any text editor to write your applications and there is Free version Specially for developing ASP.Net websites called Microsoft Visual Web Developer Express , I am using it

You can get the free version of VWD from the Microsoft site at http://www.microsoft.com/express/ 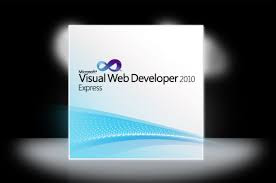 What I am learning , What should you learn to start developing Websites.

Where Should I start ??

I asked a dear friend of mine , someone I respect and like a lot and he gave me the names of a few books , till now I have found them very very good , I am in the middle of the first one and I am already pleased with the results I obtain

Posted by eng.Moustafa Mahmoud at 9:05 PM