I have been looking for a project to put my time and effort on and to improve my knowledge about embedded systems, my aim was to find a challenging project, one that I could invest time and effort it without being either too expensive ( Modules cost etc. ) , or too simple and straight forward. I have looked into GSM/GPRS project as I have already a GSM/GPRS shield lying around since my graduation project, but I didn't find anything that caught my attention.

I was young when I saw a video of a hacker who successfully used laser light to transfer audio signals, somehow the idea caught my attention. I searched online and came up with the term Visible light communication (VLC) so I decided to employ my Networking and Embedded skills to develop my own communication stack for Visible light communications. I want to read about current standards and employ standardized parts as much as I can but I want to keep the fun part.

Searching my components box I found a cheap laser module and a photo-resistor which are all the needed parts to start a proof of concept.  here is my initial setup and results. 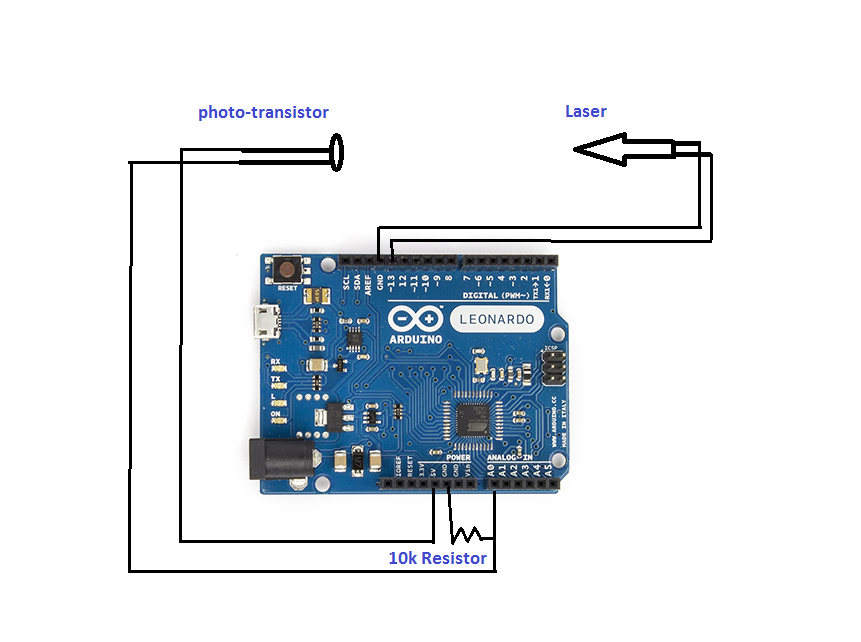 The Initial Arduino Sketch was:

the idea was to test the analog value that the photo transistor was emitting when laser hit it and in normal conditions , values had pretty large margins which suggested that the idea initially works.
More tests have to be performed to check the effect of timing and maximum baud rate that the communication system can operate at. 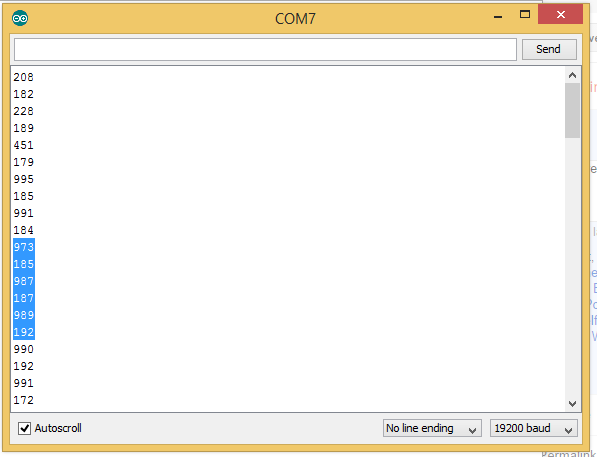 I am pretty much excited already.

Posted by Moustafa MEAILY at 7:20 PM